The PASS System for extinguishing fires

The PASS System for extinguishing fires

When you feel it is safe to do so, and you feel there is a chance of stopping a small fire, you are encouraged to tackle them with a fire extinguisher. There are a whole host of different fire extinguishers which can be used to tackle specific types of fires, and while it is important to select the right one, knowing how to use an extinguisher correctly is also vital.

With this in mind, this month we’d like to highlight the PASS System to help you remember that the main stages of the process. By following this system you could help to prevent small fires turning into something much worse. 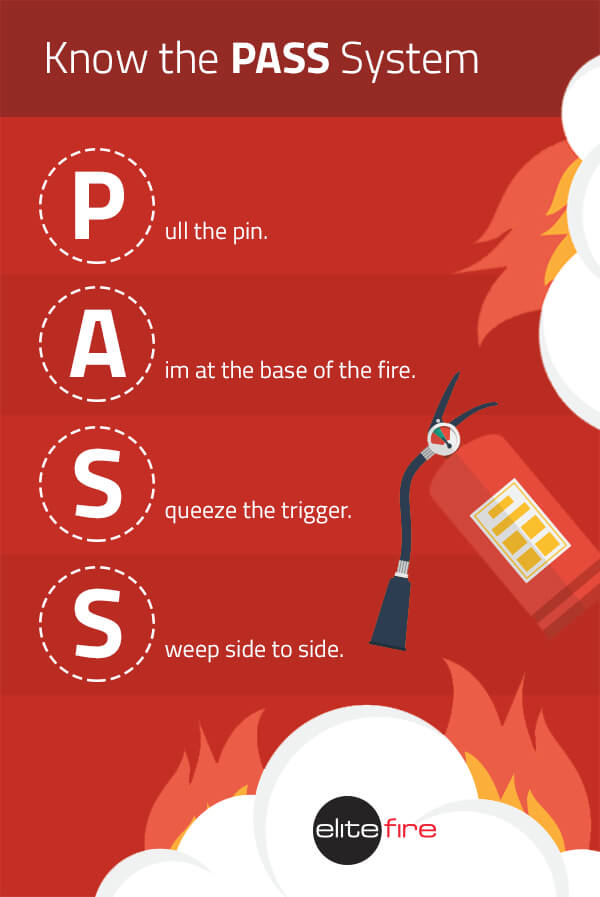 Since acronyms are easier to recall, most people refer to the correct operation of an extinguisher as the PASS System. Here is a breakdown of the stages:

A – Aim – Now the pin has released the locking mechanism, you should aim the nozzle of the extinguisher at the bottom of the fire – not at the flames. By targeting the base you are tackling the fuel source of the fire and putting the extinguishing effect in the right place.

It’s possible that once you have put the fire out, it finds a way to reignite. To avoid this, we suggest staying close by for a short period in order to monitor the remains of the fire, ready to tackle the flames should they try to take hold again.

It should go without saying that, should the fire roar back to life in an aggressive manner, you should leave immediately and let the emergency services tackle the fire. Never take on extinguishing a fire unless you are certain you can handle it.