The Real Importance of Fire Extinguishers

The Real Importance of Fire Extinguishers 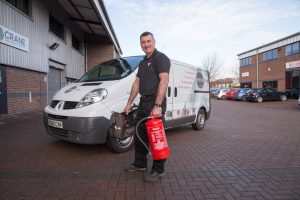 Having sufficient fire safety equipment within a commercial environment is vital to the ongoing health and safety of staff and visitors. Indeed, it is a stipulation of the Regulatory Reform (Fire Safety) Order 2005 that:

13.  (1)  Where necessary (whether due to the features of the premises, the activity carried on there, any hazard present or any other relevant circumstances) in order to safeguard the safety of relevant persons, the responsible person must ensure that—

(a) the premises are, to the extent that it is appropriate, equipped with appropriate fire-fighting equipment and with fire detectors and alarms;

Among the most important components of any property’s fire-fighting equipment are the fire extinguishers. Ensuring that you have the extinguisher most suited to its environment (i.e. not a water extinguisher in a kitchen where blazes could be cooking oil based; having a powder extinguisher in an area where electrical fires are most likely etc.) is vitally important, as is training your staff to give them the skills necessary to use them effectively.

Although only suitable for use on small fires (much bigger blazes necessitate the attendance of the emergency services), extinguishers are nonetheless a crucial piece of equipment in combatting workplace fires.

Building on previous findings from FETA (Fire Extinguisher Trades Association) and IFEDA (Independent Fire Equipment Distributors Association), industry leading organisation Chubb carried out a nationwide survey back in 2003 to analyse fire extinguisher use in businesses across the country. Many of the survey’s findings were interesting, and mainly served to underline the true value of fire extinguishers in commercial, industrial and public spaces. 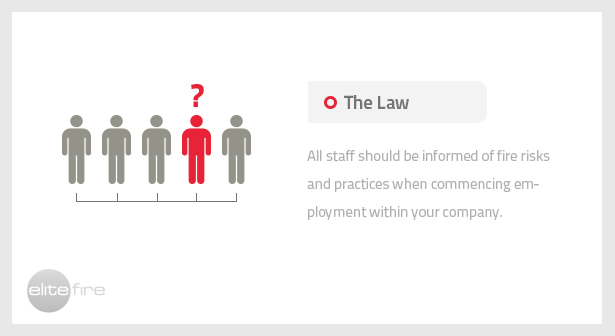 The importance of fire extinguishers is no better demonstrated then by this fact: extinguishers put out more workplace fires than the Fire and Rescue Service.

In fact, the results showed that around 70% of incidents didn’t require the assistance of the emergency services as they were taken care of by extinguishers. This statistic has been largely overlooked by government figures relating to workplace fires, however, as only those that were attended by the Fire and Rescue Service are recorded, drastically skewing the total number of “official” incidents every year.

This all adds up, as there could have been upwards of 130,000 fires in non-dwelling properties in the year before the survey was performed, where only 40,500 were reported. These numbers really drive home the integral role that fire extinguishers play in workplace health and safety.

Despite the odd story of disgruntled employee carrying out an arson attack at the place of work, it will be unsurprising to learn that a conclusive 80% of all commercial fires are started accidentally (arson accounting for only 5%).

This is in direct contrast to government figures from the period, which claim that intentional fires make up a massive 45% of the total amount.

Again, this is due to the exclusion of the 70% of fires dealt with by extinguishers that are not recorded in official statistics. Therefore, small accidental fires, such as cooking accidents, electrical overheating or paper fires are missing from the overall figures.

Unsurprisingly, when you assess the statistics above, the majority of fires were found to have occurred between 8am and 6pm on working days. Arsonists will generally operate at night, therefore, with the overwhelming likelihood of the cause of a blaze being an accident, over 57% of incidents take place during the daytime hours.

Just 21% of fires were started between the hours of 6pm and midnight, while midnight to 8am accounts for a mere 5% (17% were unsure). The majority of 6pm to midnight incidents occurred in the environments where business continues throughout the night, such as hospitals and the leisure industry.

The vast number of fires that take place during working hours only reiterate the need for effective extinguisher coverage and use.

The success rates of fire extinguishers are conclusive enough to underline their importance. 88% of instances that saw the equipment employed resulted in the extinguishing of the fire; in many cases preventing potentially serious, uncontrollable blazes from breaking out, or at least containing them until Fire and Rescue Services arrived.